Spokane, WA to Fort Steele, BC

We got a late start and didn’t leave Spokane until 7:15pm. Factors? An incompetent “mobile” nurse who arrived to draw blood for a monthly checkup. And it can be difficult to get out of REI on the verge of a ‘cross countries’ trip.

We stopped at Sandpoint for a burger at Homestyle Burgers. 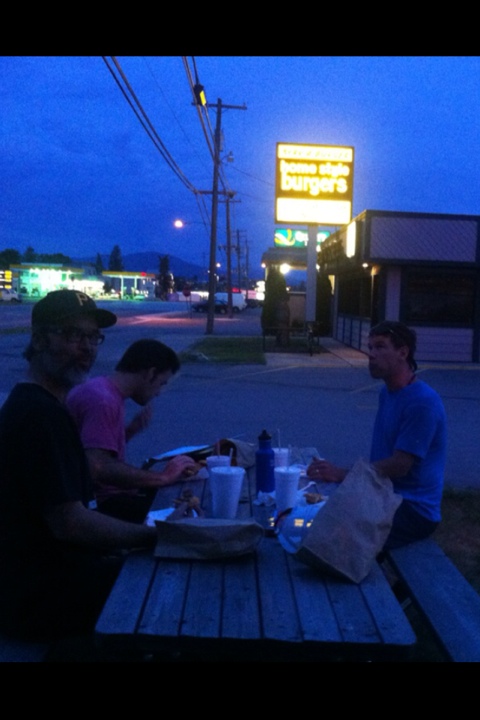 Its no Hudsons but… great huckleberry milkshakes. We then pushed to a rest-stop just north of Fort Steele, BC
After crossing the border we definitely felt like we were in the middle of no where.
While Brendan was driving the last leg after dark, we saw a good size elk on the right hand side.
We thought the mosquitos were mellow but they ended up being pretty substantial. “What mosquitos!?”. Sean “the Fly” opened his car for too long and had a swarm in his car. We told him to drive down the interstate with all the windows down to blow them out. Not sure if that was actually helpful in anyway.

Brendan used a new technique on this regions mosquito swarm. “the finger flick”

Hi-light of the day: Jesse from the Kingsgate border crossing. He was like a character out of Super Troopers. We pulled up to the customs gate and where there was a red light but no attendant in the booth. We waited. And waited. 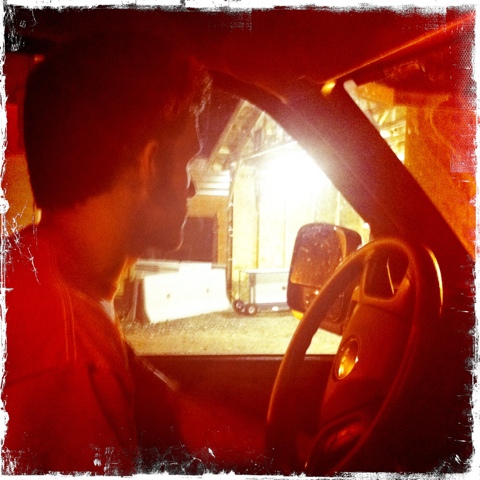 Then we creeped forward in the van to the attendant booth. Immediately, a pudgy fella in official customs gear came running. In a huff he growled, “Back up past the stop light that you just blew by!”. “Don’t you have stop lights where you’re from!”. Then, even though there is only one road in this region, he asked, “Where are you coming from?”
“Uh, we are coming from the United States.” Anyway, after he asserted his authority he softened up. When he found out we were from New Orleans he asked…”Do you guys know Steven Segal?” By the time we left Mic had requested a passport stamp in return for the last of our day old chocolate chip cookies. 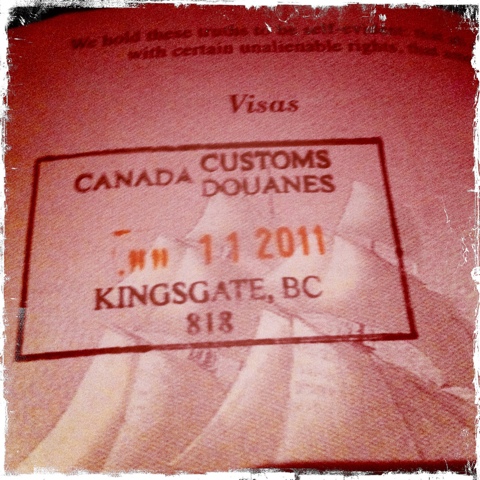 “I’ll be sure to ‘throw those cookies away’ for you”, Jesse said as we rolled away. Thanks Jesse, wink wink.