Having a free day, I was intent on visiting Uruguay. Michel has a family friend who said I could not miss Colonia del Sacramento if visiting Buenos Aires. Only an hour ferry ride across the river delta. I think the rivers name is Rio De La Plata. Rivers and more rivers, I love rivers.

Best part of the trip for me.

Colonia del Sacramento, in Uruguay’s province of Colonia, is steeped in history. 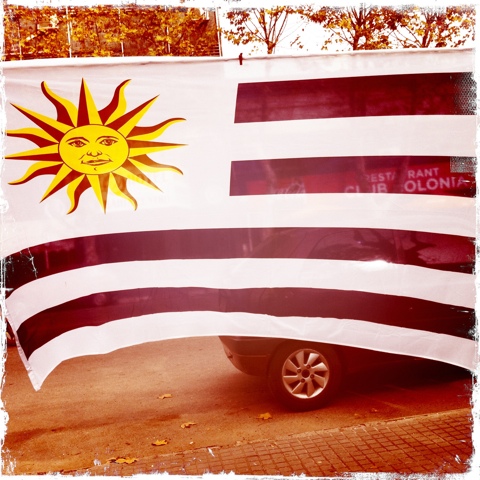 It was the only Portuguese settlement along the Rio de la Plata. Founded as Nova Colonia do Sacramento in 1680 by Manuel de Lobo,and as such was the focus of struggle between the Spanish, who founded the settlement at Montevideo in response, and the Portuguese over control of the area. 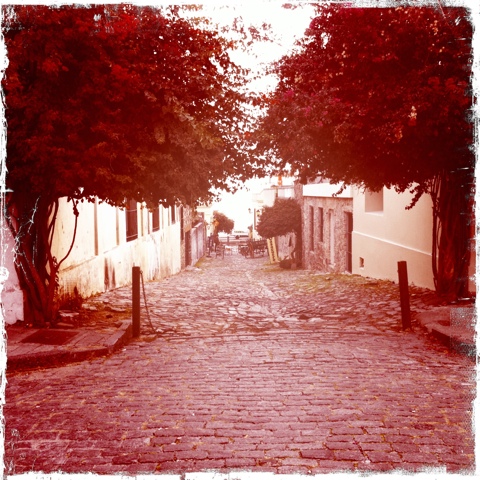 For years it operated as a contraband port, evading the strictures imposed on trade by the Spanish crown. Today it is a resort city, a port, and the trade center for a rich agricultural region. 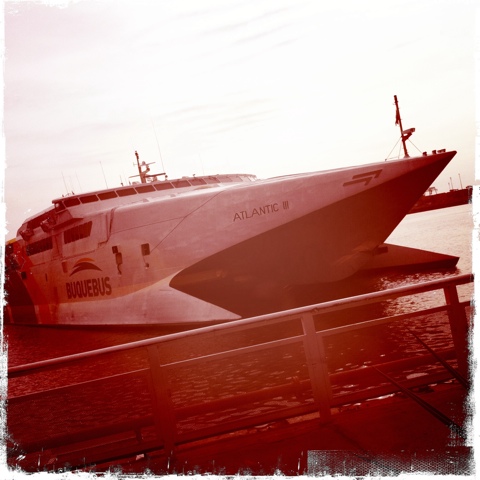 The town is sweet. You just walk off the ferry and follow the river into the old town. 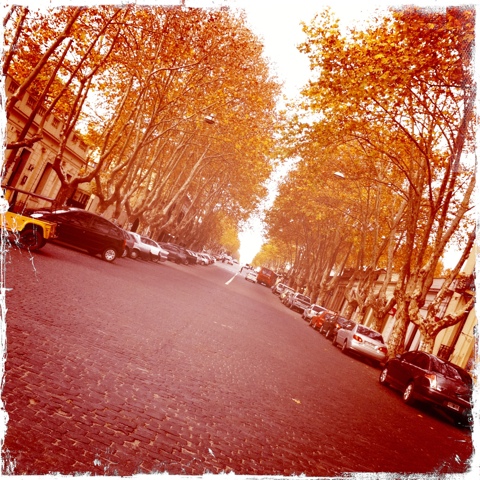 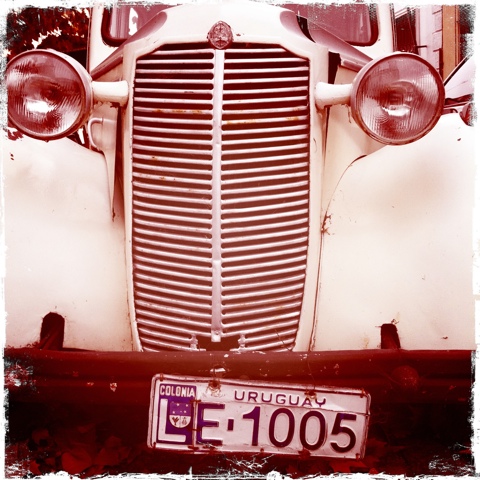 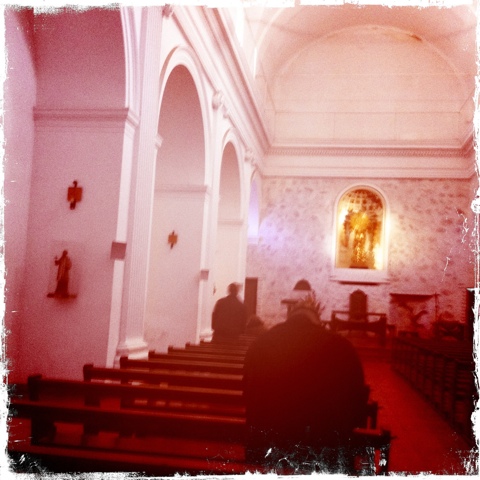 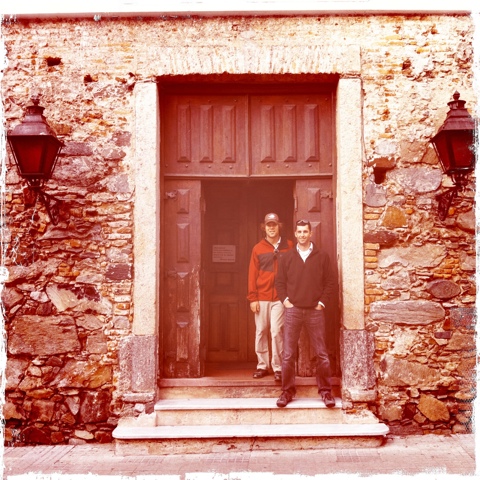 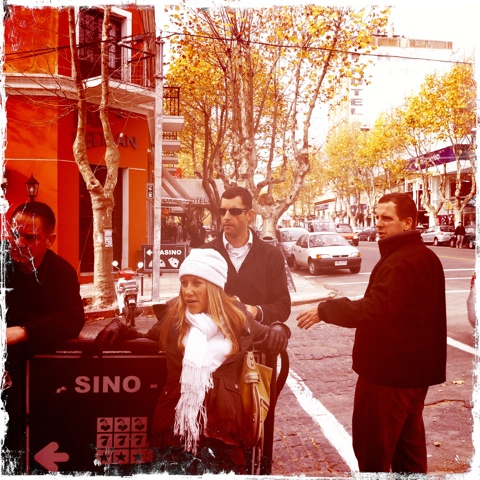 and cafe to cafe. 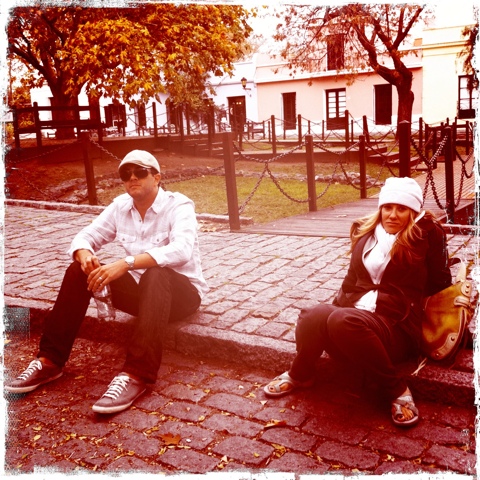 And laughing about Thad ripping his pants in two different countries in two days. 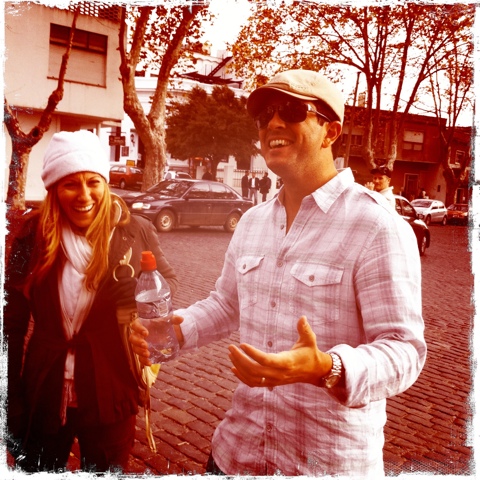 There is an old lighthouse that serves as the primary attraction. 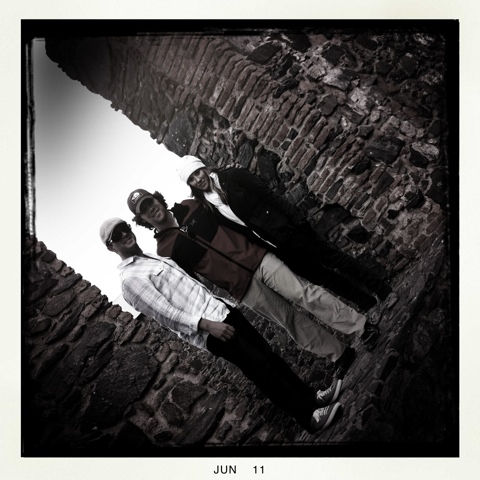 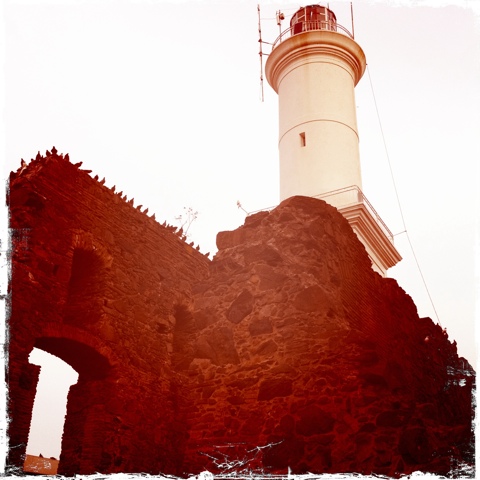 Several restaurants to choose from. We went inside and, as usual, the inside of the restaurant was en fuego.
Yet, another great dinner. 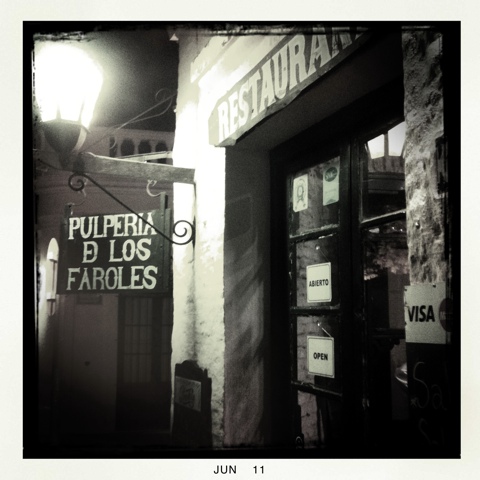 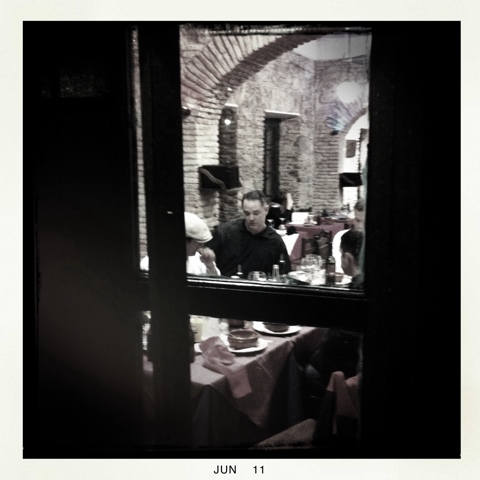 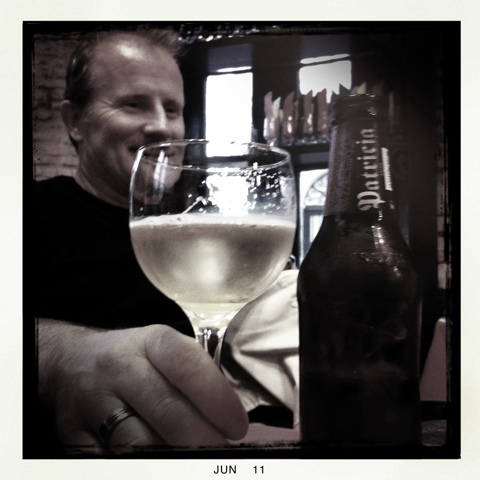 All in all Colonia was a perfect capstone course for the Buenos Aires trip. From tiny hats to, barber shops, ripped pants and firstclass/buquebus name games. 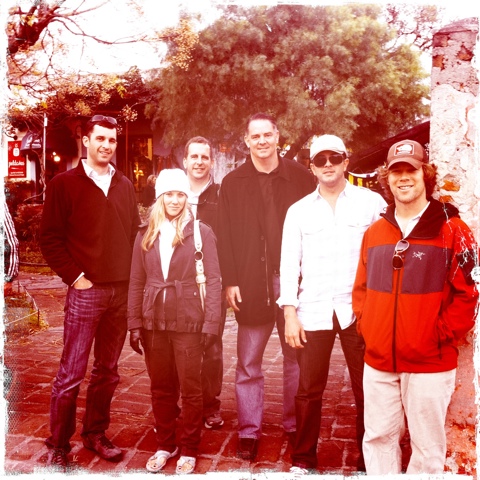 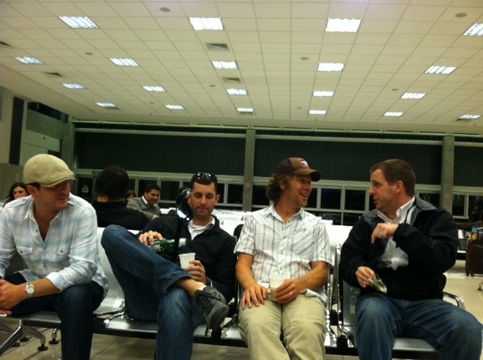 Category: On The RoadTags: Colonia, Sacramento