So rest stops are awesome in Canada.
They’re plentiful, they’re free, lots of them have pretty nice scenery, and there are pit toilets, even though we normally don’t use them bc they smell like crap.
And, unlike in Australia and New Zealand, I don’t get nervous every morning that we’ll get a tap on the window by a man in uniform saying we’re in trouble, which improves sleep.

Anyhow, we had another great drive on the beautiful Stewart-Cassier Hwy. 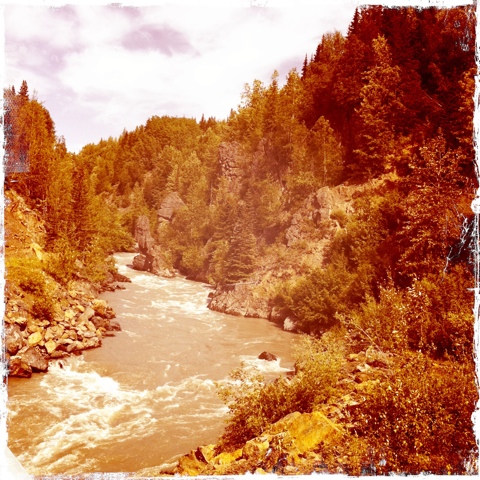 Mountains, hills, rivers, lakes, ponds, eddys, creeks, you name it, they’ve got it.
And they’re all clear as day. Beautiful blues and whites and greens.

We stopped for lunch and a bath at Kenaskan Lake. 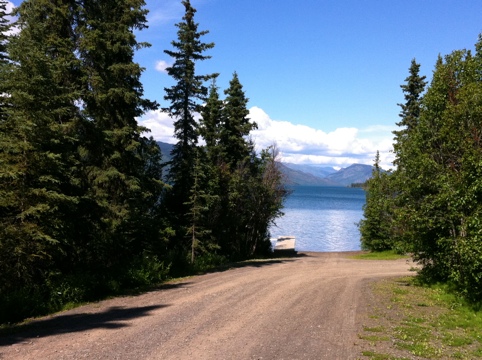 For lunch: grilled corn crisps with peanut butter and honey.
The bath: f-ing cold, but necessary.
The lesbian couple sitting by the lake was not too happy about us bathing in the lake, even though I mentioned we were using “natural soap”.
And i sensed that they were even less excited when Brendan decided to clean his toiletry bag that was covered in DEET bug spray that had exploded.

We picked a really beautiful place to camp on the Cottonwood River. 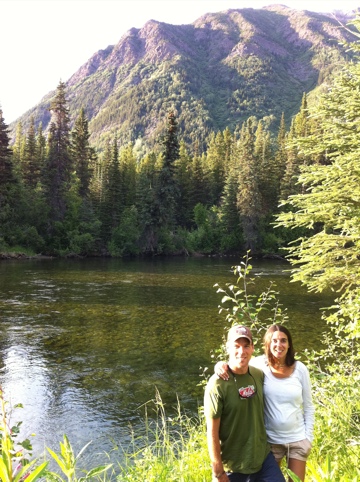 I was re-reading the last Harry Potter book in the van when I heard some commotion by the river and looked out to see this.. 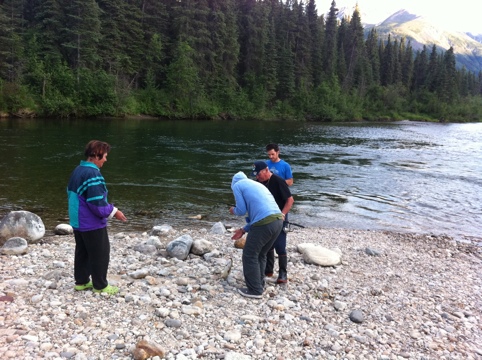 Turns out that “fisherman” Steve was instructing old man Klaus from Germany how to catch the fish that
was rising right in front of them.
And low and behold.. He pulled the enormous Dolly Varden Trout that I already updated pics of, but here it is again, because it was that big. 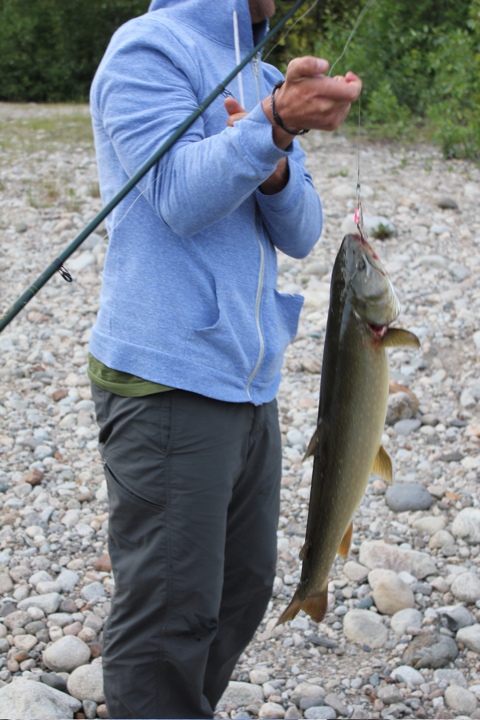 Klaus’s wife Inga grabbed the fish and briskly walked to their camp. Klaus told Steve it was best not to mention that he was keeping the fish.