OK. We are nature drunk again…
Today Jackie, Mike, Steve, and I drove a couple hours away to a town called Talkeetna to take a scenic flight tour of Mt McKinley. We moved the flight to today because the weather forecast seemed decent. Luckily, since we were in the Savage River campground we could leave the park early with no penalty.
You only have a small chance no matter what to be able to see the whole mountain (a) and (b) by the time we reached Talkeetna, we were told we’d probably only be able to see 15,000 ft of the mountain due to incoming clouds.

We drove through town to find our outfitter, Talkeetna Air Taxi. Once we got directions Mike drove us through a plane field to get to our spot, literally on a runway. When we asked if we’d found the right place, the lady said “please don’t say you drove on the runway” and “no, you’re in the wrong place” 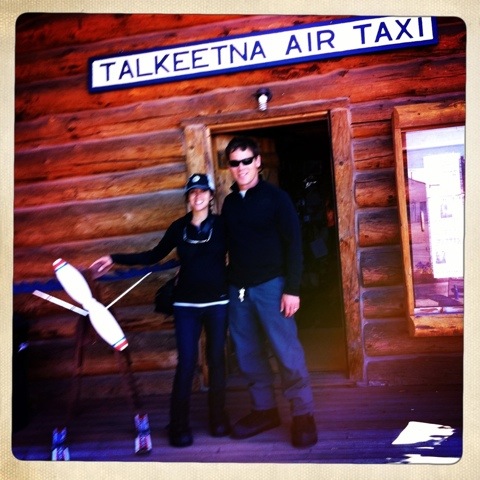 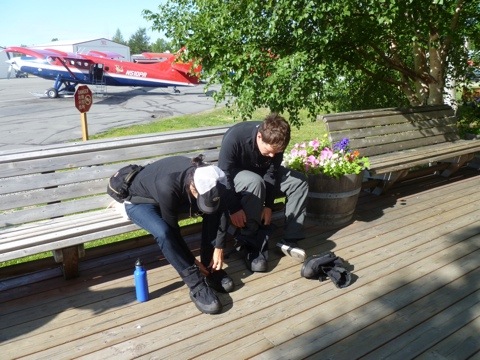 Once we found the right place, we boarded the 10 passenger plane, along with our wonderfully hot pilot, Tyler, a family of 5 from Jersey, and a lesbian named Lynn. We were anxious that we wouldn’t see the peak, but excited nonetheless.

And exciting it was. About 20 minutes into the flight we were soaring through snow capped mountains, so close it almost felt like you could reach out and touch them. 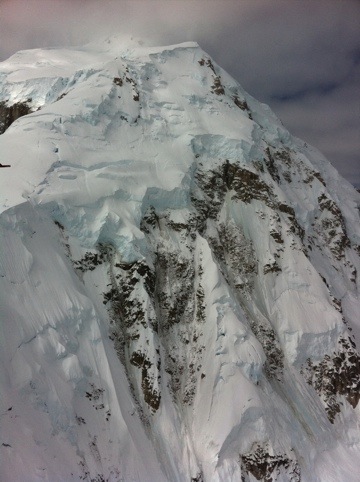 Then. There it was. About 40 minutes into the ride we came upon it – Mt McKinley, AKA Denali (The High One).. at 20,543 ft the highest mountain in the world (I was just corrected, highest in North America) clear as day for us to see. It was a bit overwhelming, I almost couldn’t believe it. So Naturally, I cried. I was just so excited that we were so blessed and lucky and that Steve got to see it. 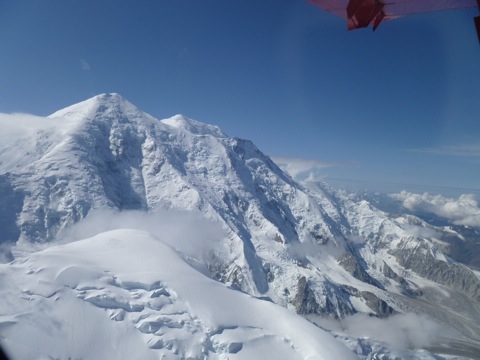 Tyler circled around it a couple of times as we stared at it in awe, continually turning around to each other and fist pumping and open mouth smiling.

After this Tyler landed the plane on a glacier in the middle of the mountains. The glacier looked tiny as we were pulling into it but massive once we landed. 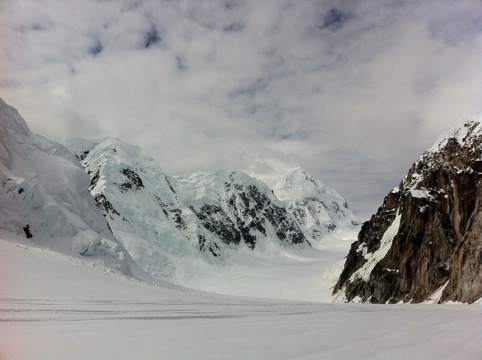 It was so beautiful and quiet.
We took pics. Mike did shirtless snow angels. We walked around, careful not to fall into the ice. Pretty spectacular. 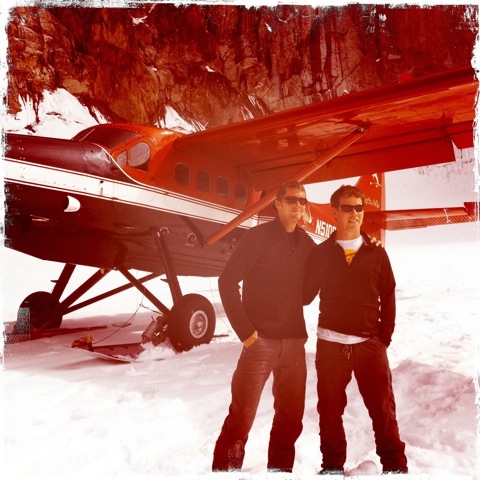 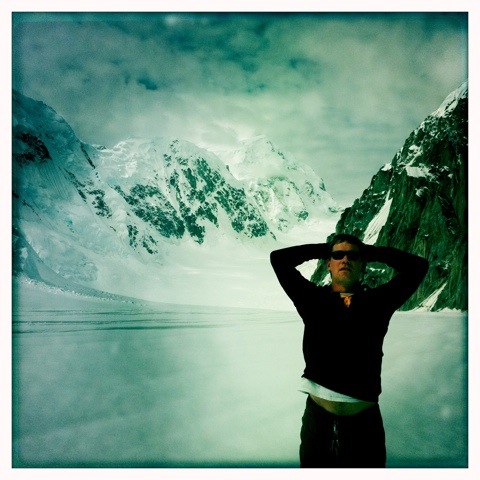 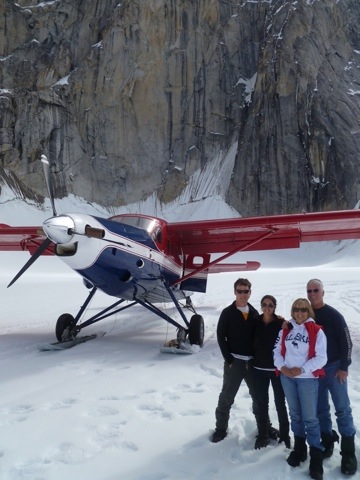 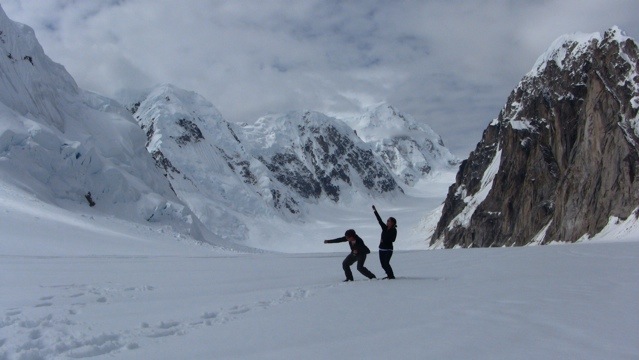 We spent the rest of the day in the really cute town of Talkeetna. 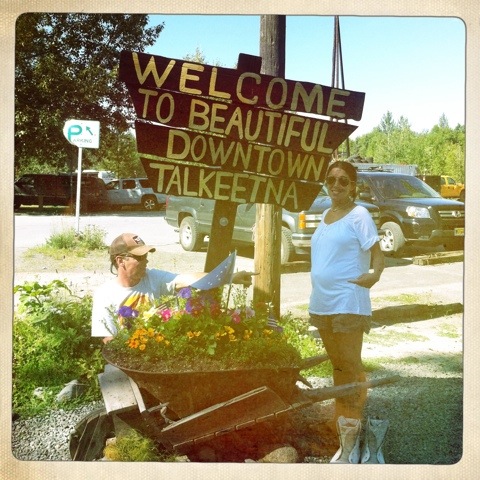 It was a sunny day – i called home, we sat out at “Beer Garden” and the boys drank local beers. 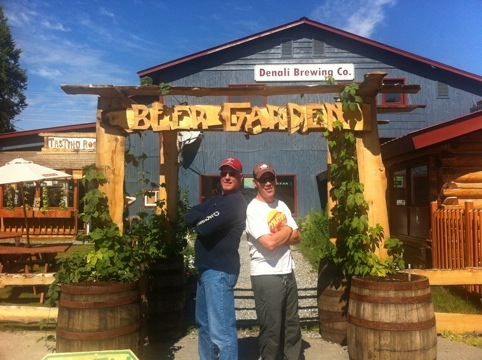 Jackie and I ate the best milkshake I’ve (and steve) ever tasted. The baby really liked it too. 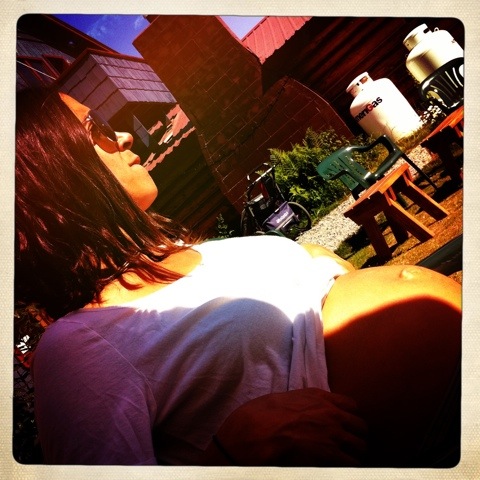 We then head back to Denali and dropped the elder Gleasons off and drove back to camp. On the way to our campsite, we saw two gray wolves!! 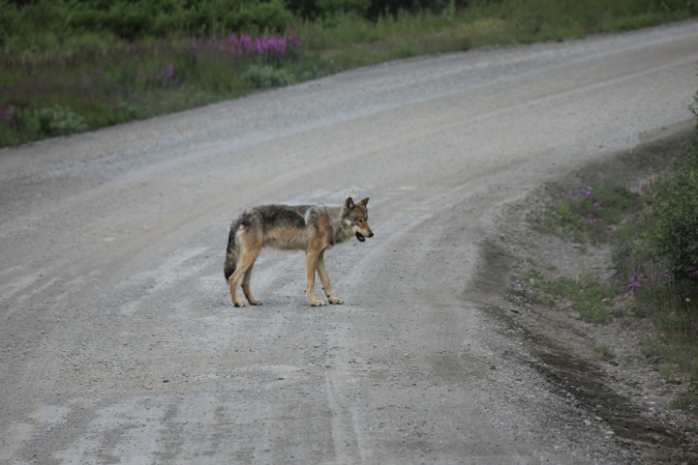 Pretty exciting for two of us who’ve never seen wolves. Like dogs but a lot cooler, even though we didn’t get to see them all that well.

We also saw this when we got home: 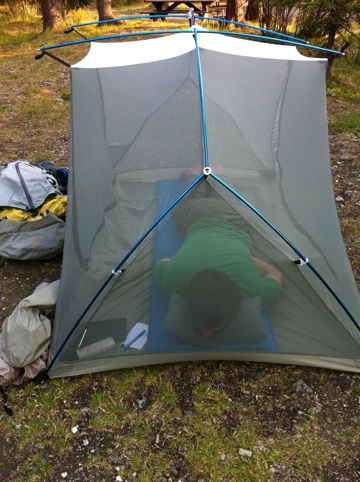 Brendan had to cut his back country trip short because he’d just been surrounded by 5 bears, one being a mama protecting her cubs. He said he’d had enough nature for now. More on this in another post…

Great day, very thankful for it. 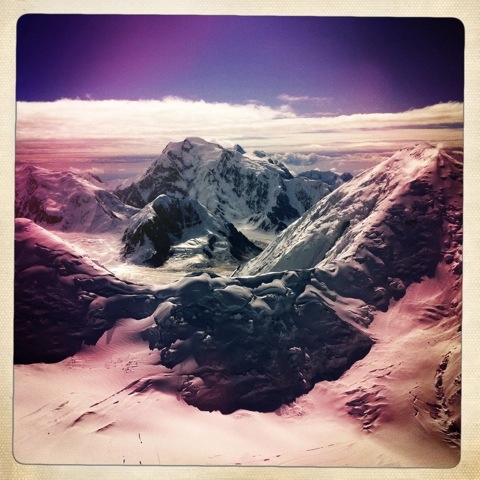