The crew spent the Buquebus ferry ride playing the ‘name game’. I gave everyone three baby names. Two fake and one real. They chose their favorite, their least favorite and the name they thought we actually were considering. I tried to categorize them somehow into a theme.
Example: Carolina, Georgia, Louisiana
Anyway… It was some fun hangout time.
After taking the BuqueBus ferry back to Buenos Aires we spent the later part of Friday in Puerto Madira (sp) which is very near the ferry terminal. This was a warehouse district that had undergone renovation and now seemed like the hip, modern place to be. For me, it lacked the culture of the old parts of the city. A bunch of business people running around in suits drinking martinis.

There was some pretty sweet architechture. The “Womens Bridge”:

One of my favorite shots from the trip:

Not wanting to quit Buenos Aires just yet we chose to go to a sushi restsurant on the water. Sushi Club. Of note: dont eat sushi at this restaurant. We ordered edemame. They didnt have it. We ordered miso soup. Didn’t have it. Sake. No F$&@ing sake. I tried to order a martini and they had to bring out the GM to take the order. Then they tried to sell us a bunch of appetizers. We just wanted a few rolls which they thought was weird. Strangely, the place was packed. Silly. The rolls were tiny and had some kind of breading on them and they brought only enough wasabi for one piece of sushi.
We decided the best thing to redeem the moment was play credit card roulette.

I ended up losing a three stage version of the game to Nice Mike. Thad’s commentary best describes the moment. “You just lost roulette, then failed a negotiation and THEN lost a coin flip”. It was super fun. Really. 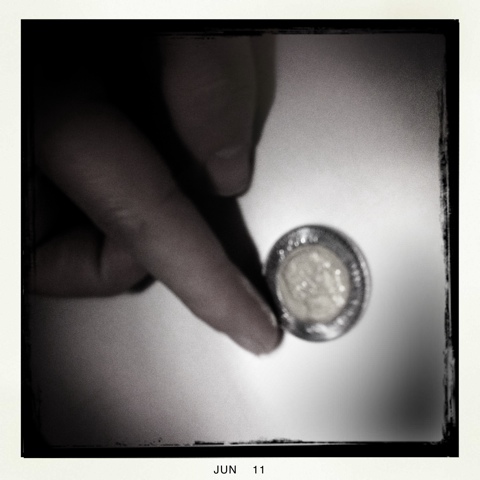 I am thinking this should keep me out of the loss column come Xmas eve.