From Ptarmigan Creek Campground the Whittier Ferry terminal we backtracked along the Seward highway and then had to go through the famous Whittier Tunnel. Whiitier is a weird place and it starts with this tunnel. 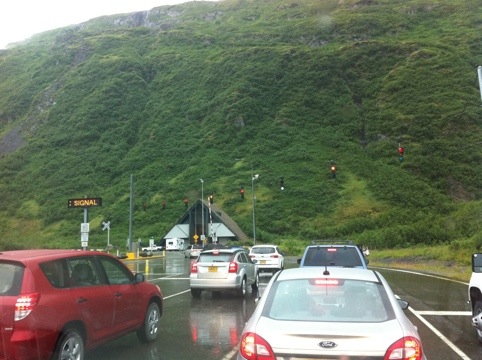 The tunnel Is literally a single lane tunnel carved through the base of a mountain. Traffic for cars alternates every 15 min. East and West. Then railroad traffic alternates east and West every 30 min. The walls of the tunnel are barren rock. Until 2001 cars can only get through the tunnel on a train.

(Brief History of Whittier..
The town is tiny. Population- a whopping 174. Half the population lives in this one condo: 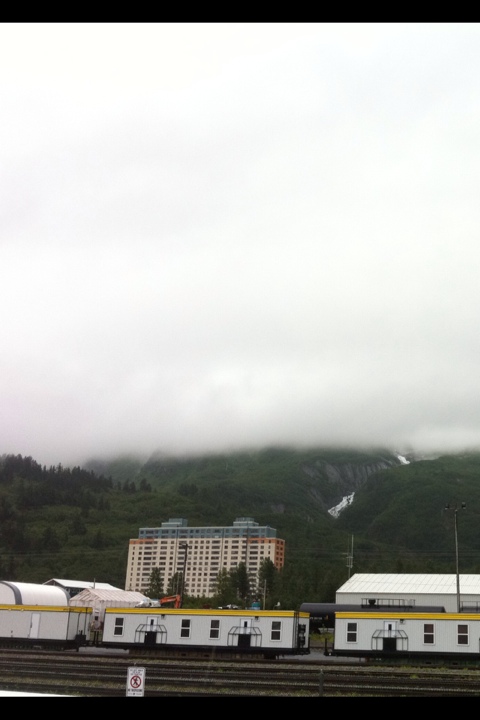 The weather is rough – almost always cold, rainy, and cloudy. Because of this and its proximity to Russia, the army, during WW2, chose to put a port here, hoping the Japanese wouldn’t be able to find it.)

**Whittier connection with NOLA. Hale Boggs died in a plane crash with a Whittier politician… from Wikipedia:
In 1972, while Boggs was still Majority Leader, the twin engine airplane in which Boggs was traveling disappeared over a remote section of Alaska. The airplane presumably crashed and was never found. Congressman Nick Begich was also presumed killed in the same accident.

After the tunnel experience, we got to the ferry terminal and checked in with a nice last named Mary. We called the brothers and Pauly tracked us on google maps. 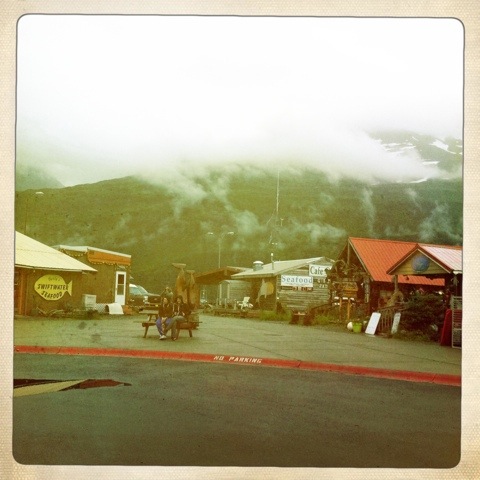 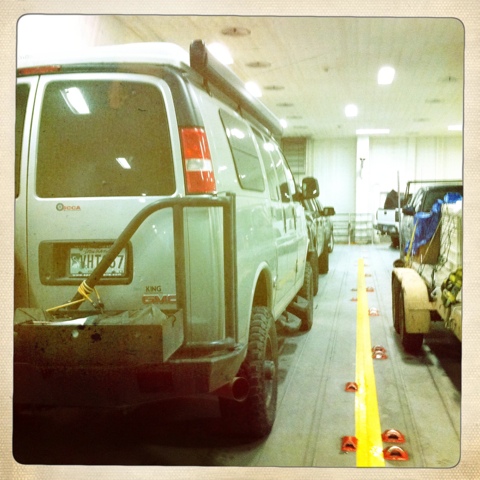 Pulling out on the ferry. 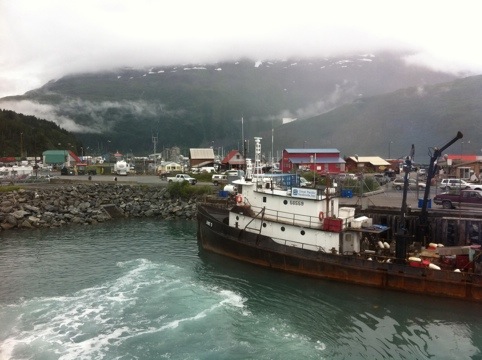 Ferry – Clean and fast and great scenery, with a foggy mist. And we all got to see our first iceberg today. Luckily non contact.

We pulled into the city of Cordova about 2 hours later. It was cold. Dreary. Rainy. We were all struggling and feeling down in the dumps.

We drove around the town, stopped at the visitor center and the grocery, and then head to a place to camp. We found a sweet place near the foot of Sheridan Glacier at about mile 14 of the copper river highway.

The beauty of the scenery…

and a couple of pulls from knob creek lightened our moods. 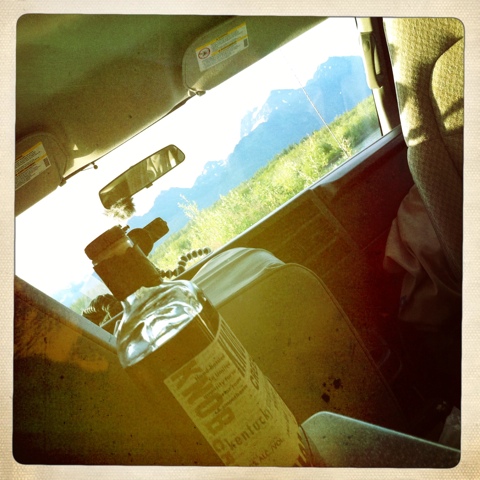 The swans in a lake in front of a huge green mountain helped things as well. 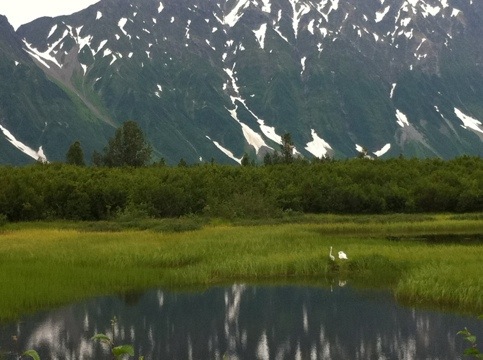